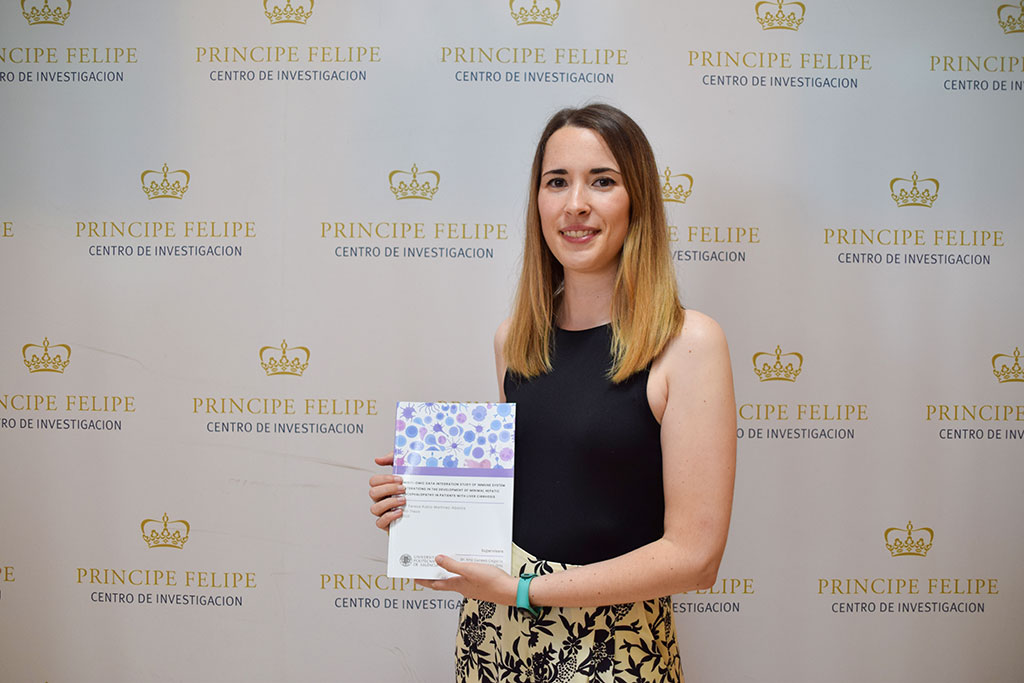 A high proportion of patients with liver cirrhosis develop minimal hepatic encephalopathy (MHE), a neuropsychiatric syndrome that produces attention deficits, cognitive impairment, and motor incoordination. MHE reduces both the quality of life and the life span of patients and results in high economic costs for healthcare systems given that it has now become a major socioeconomic problem. Although the etiology of MHE is not completely understood, it has been demonstrated that the appearance of mild cognitive and coordination impairments in patients with MHE is due to the synergistic action of both hyperammonemia and peripheral inflammation arising from liver failure. The main objective of this work was to understand the immunological alterations associated with the peripheral inflammation that trigger MHE in patients with cirrhosis. These changes can be monitored through the signaling cascades of different immune system cell types. In this work, in a preliminary study, changes in gene expression (transcriptomics), plasma metabolites (metabolomics), and a panel of extracellular cytokines were analyzed in blood samples from patients with cirrhosis with and without MHE.

Transcriptomics analysis supported the hypothesis that alternations in the Th1/Th2 and Th17 lymphocyte cell populations are the major drivers of MHE. Cluster analysis of serum molecules highlighted 6 groups of chemically similar compounds, suggesting that functional modules operate during the induction of MHE. We also developed a multi-omic integration analysis pipeline to detect covariation between intra- and extracellular components that could contribute to the induction of cognitive impairment. Results of this integrative analysis suggested a relationship between cytokines CCL20, CX3CL1, CXCL13, IL-15, IL-22, and IL-6 and altered chemotaxis, as well as a link between long-chain unsaturated phospholipids and increased fatty acid transport and prostaglandin production.

A shift in peripheral inflammation in patients with MHE, mainly orchestrated by CD4+ T cells, had been proposed in previous studies as a critical factor that triggers cognitive impairment. Thus, the second part of this thesis focused on understanding the pathways and mechanisms by which alterations in CD4+ lymphocytes may contribute to peripheral inflammation in MHE. Thus, the expression levels of genes, transcription factors, and miRNAs were analyzed in this lymphocyte subtype by high throughput sequencing (RNA-seq and miRNA-seq). Separate analysis of each dataset showed mRNA and miRNA expression differences and altered biological pathways in CD4+ lymphocytes when compared to patients with cirrhosis with and without MHE. We found alterations in 167 mRNAs and 20 pathways in patients with MHE, including toll-like receptors, IL-17 signaling, histidine, and tryptophan metabolism pathways. In addition, 13 miRNAs and 7 transcription factors presented alterations in patients with MHE. We used public databases to determine the target genes of these regulatory molecules and found key genes involved in the immunological shift triggering MHE. For instance, increased miR-494-39, miR-656-3p, and miR-130b-3p expression may modulate TNFAIP3 (A20) and ZFP36 (TTP) to increase levels of pro-inflammatory cytokines such as IL-17 and TNFα.

The last part of this thesis comprised a case study of the T-cell receptor (TCR) repertoire profiles of control patients and patients with cirrhosis with and without MHE obtained from the bulk RNA-seq dataset previously generated from isolated CD4+ T cells. Given that RNA-seq experiments contain the TCR genes in a fraction of the data, an opportunity for receptor repertoire analysis without the need to generate additional data was created, thereby reducing the sample number required and the associated economic cost. After read alignment to the VDJ genes was performed with the MiXCR tool, we successfully recovered 498–1,114 distinct TCR beta chains per patient. In addition, profiling of the CD4+ TCR repertoire could be used to help us understand the immune status of patients with MHE. Results showed fewer public clones (clonal convergence), higher diversity (clonal expansion), and elevated sequence architecture similarity within repertoires, independently of the immune status of the 3 groups of patients. Additionally, we detected significant overrepresentation of celiac disease and inflammatory bowel disease related TCRs in MHE patient repertoires. To the best of our knowledge, this is one of the few studies to have shown a step-by-step pipeline for the analysis of immune repertoires using whole transcriptome RNA-seq reads as source data.

In conclusion, our work identified the molecular mechanisms of the changes in the immune system associated with the onset of MHE in patients with cirrhosis. Nonetheless, future work with a large sample cohort will be required to validate these results in terms of biomarker determination and the development of new, more effective treatments for MHE.