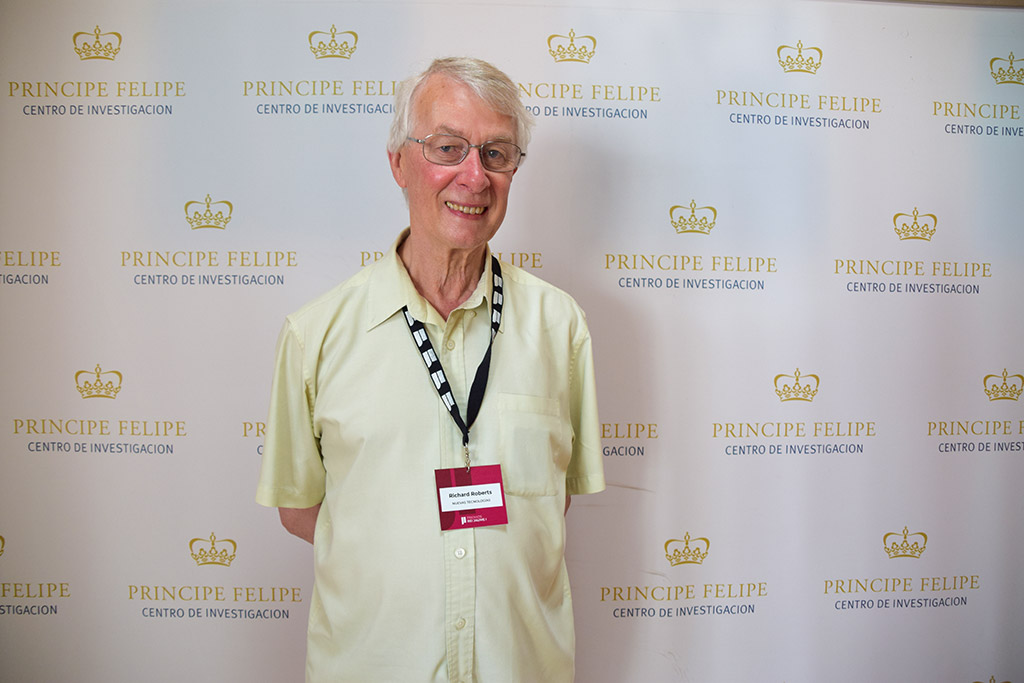 Dr. Roberts along with Dr. Phil Sharp received the Nobel Prize in Medicine or Physiology in 1993 for the discovery of introns and the mechanism of gene splicing. Yes, kids, that is right: the knowledge about gene introns and exons is a discovery made relatively recently.  That seems amazing because the knowledge of these structures now forms part of our daily activities in the lab. Before 1977, the mRNA molecules that carry information from DNA to ribosomes were believed to be exact copies of the DNA. Through a series of seminal experiments, Roberts and Sharp and their colleagues observed that the genes in eukaryotic cells have interruptions. Both groups published in Cell their revolutionary discovery that after RNA is transcribed from DNA, the introns are spliced out before the mRNA is translated into protein.

Dr. Roberts will provide us with a short, informal conference at 10AM on June 6. For the last years, he has campaigned actively against the negative public perception of GMO (genetically modified organism) agriculture products. This is a timely topic given the emphasis on sostenability and one which has been particularly controversial in Europe since the 90s. Please attached flyer for more info.